Everyone wants their child to have fun, make friends and join in at parties. For some children, however, this is easier said than done. Fear, anxiety and shyness can make it difficult for some kids to get involved, while others may be put off by the activity on offer or the size of the group. Putting a little bit of time and effort into getting to the bottom of these worries and building up your child’s social skills could make a huge difference and give them the confidence they need to get involved.

If your child is currently feeling anxious about an upcoming party, here are a few steps you can take to dispel their worries and give them the skills and confidence they need to join in.

Talk through their worries beforehand

If you can tell your child is feeling anxious about an upcoming party, put a bit of time aside to sit them down and talk it through with them. Find out exactly what it is they’re concerned about and see if you can allay their fears and help them to feel more confident about the event. If they bottle it all up inside, they could make it into a bigger deal than it really is. By talking it through, they’ll hopefully be able to see that their fears are unfounded and feel a bit better about going to the party. 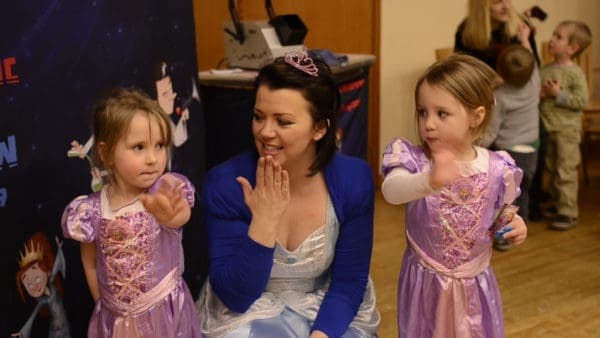 Don’t make it into a big deal

Though talking to your child about their fears is a good idea, try not to make it into a big deal. If your child feels under pressure to attend the party, or if you make them feel like it’s a really important event, it could make them feel even more anxious and may even put them off attending altogether.

Give another child a lift to the party

A lot of children struggle to join in at parties when they don’t know the other kids very well. Shyness can quickly take hold of even the most confident kids, leaving them tongue-tied and unable to get involved. If you give another child a lift to the party, your son or daughter will feel like they have a friend or ally right from the start. Try to find another child that’s also a little shy or one whose good-natured enough to understand that some kids need a bit of help joining in and avoid them being stuck to the wall by some sort of invisible Velcro.

Chat with other parents and kids

If you want your child to join in at a party, you need to lead by example. As soon as you get there, start chatting to other kids and parents and show your child there’s nothing to be afraid of. Try to introduce your child to the people you’re talking to, especially if you end up chatting with kids who are about their age. If there are lots of other kids there, kneel down so you’re at their level. This will make its easier to chat and help your child make conversation with the other kids. Don’t be too pushy though, older kids might be mortified at the thought of their mum or dad acting as their social secretary so make sure to be subtle and go at your child’s pace.

If your child is too shy to go and sit with the other kids, you might have to roll up your sleeves and get involved. Don’t be the only parent that’s trying to play though, avoid the cringe factor by having a quiet word with one or two of the other parents and get them to follow suit. Go with your child to watch the entertainment that’s provided or play the first few group games. After a while, your child will begin to feel more confident, especially if the entertainment is good quality and the person in charge knows how to get the kids going.

Know when to make yourself scarce

Often, kids who are shy and who don’t want to join in at a party will cling to their parents for comfort and reassurance. Though you can use this at the start of the party to help get them into the room, sit down and watch the entertainment, it’s important you know when to make yourself scarce if you’re going to get them to stand on their own two feet. Ideally, you should slip out once your child has started to laugh along with the other kids and is paying less attention to you. If they spot you leaving and begin to get upset, you may need to hang around a little longer. 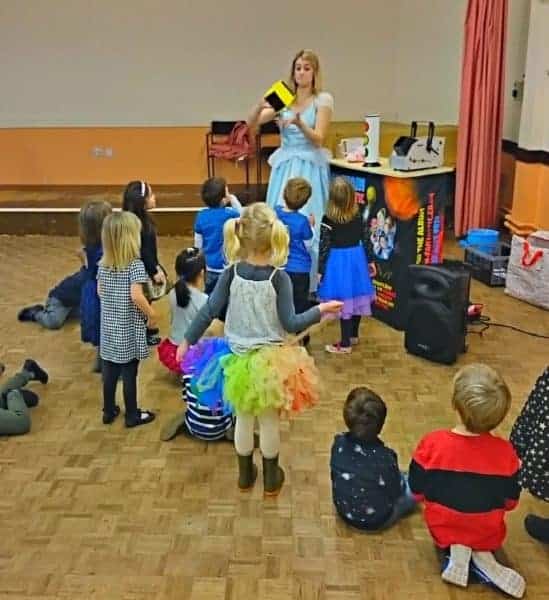 Don’t put them under pressure

Though it can be frustrating when children don’t want to join in at a party, it’s important not to put your child under pressure or make them feel like they’ve done something wrong. As soon as a shy child feels under pressure, they’re likely to withdraw even further into their shell, making it more difficult to get them to join in. whatever you do, make sure you don’t get upset and that you treat the party as just a casual, fun day out.

Have a few practice runs

If your child hasn’t spent a lot of time playing with other kids, this could be the source of their anxiety. To help them develop their social skills and boost their confidence, why not hold a few mini parties at your house? Invite just a few of your child’s friends so they don’t feel overwhelmed and plan lots of fun activities so your child doesn’t have time to feel anxious or start worrying. Once they’ve become a bit more confident in social situations and made some new friends, it should be a lot easier for them to leave your side and join in at parties.

No one wants to see their child feeling shy, left out or lonely at a party. To make sure this doesn’t happen to your son or daughter, and to help equip them with the social skills they’ll need as they grow up, put a little bit of time aside to work through these fears and address the issue. Once your child has conquered their anxiety, they’ll be able to join in at every party they attend and you’ll have to drag away them kicking and screaming when the party finishes!

This site uses Akismet to reduce spam. Learn how your comment data is processed.