Though today kids’ birthday parties are a staple part of growing up, this hasn’t always been the case. In fact, for a long time, children’s birthdays weren’t celebrated at all and kids could go through an entire year without blowing out a candle, eating a slice of cake or getting a single present!

Although it is a relatively new tradition, the things we now associate with kids’ birthday parties, like cake, candles and gifts, have developed over millennia. Different civilisations and cultures have added to the birthday party tradition to create the celebrations we all know and love today. If you want to find out a little more about how birthday parties came to be, here’s a brief history to get you started.

As far as we know, the Ancient Egyptians were the first ones to celebrate a birthday every year. However, it wasn’t their kids, husbands, wives and friends whose parties they went to, it was their gods. Every god and goddess the Egyptians worshipped would have a birthday allocated to them and this would be celebrated on the same date every year, some pharaohs also had birthday parties – though they probably didn’t get any cake. 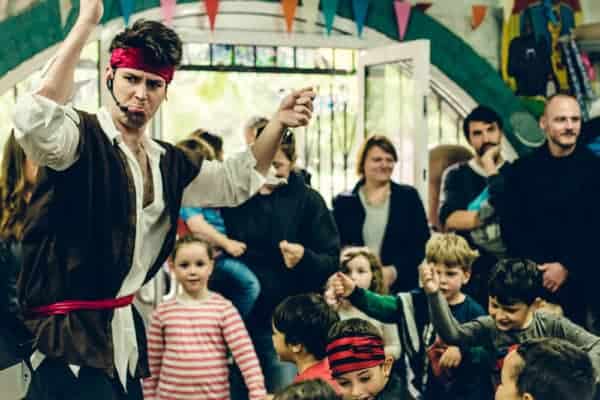 Though the Ancient Greeks also just celebrated the birthdays of their gods and goddesses, they invented one tradition that’s survived to this day – birthday candles. They were originally placed on a type of bread to celebrate the birthday of the goddess Artemis. As Artemis was the goddess of the moon, the candles were used to represent the glow of the heavenly body. In later years, it’s thought that people celebrating a birthday would use candles as a sort of beacon to get their god’s attention. They believed this would make it more likely their prayers and wishes would be answered.

Pagans in a number of countries believed that people were more vulnerable to mishaps and bad fortune during periods in their life when they were undergoing a change. This included birthdays. So to help prevent any bad luck from affecting the person who was turning a year older, they’d gather around them to bring good cheer and ward off evil spirits. Gifts and offerings added to the jovial atmosphere and so were introduced to the proceedings.

Because pagans celebrated birthdays, the early Christians believed it was a sin to mark the occasion and so shunned birthdays for hundreds of years. Even though today Christmas is one of the most important events in the Christian calendar, Jesus’ birthday wasn’t actually celebrated until around 300 years after he died. Again, no cake for him.

Even though the idea of a birthday became more common, for hundreds of years it was only royalty and nobility who were deemed worthy of a celebration. It wasn’t until the 12th century that women and children’s birthdays were even acknowledged, and it would be many more years before any of them were given anything like a party to celebrate the day, let alone cake. 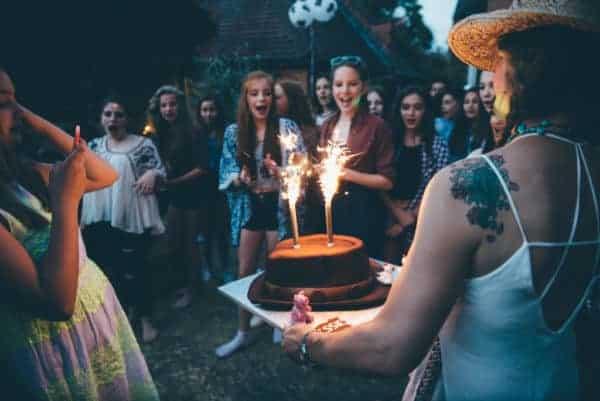 It wasn’t until the Victorians came along that birthday parties really became mainstream. They took the German idea of ‘kinderfeste’ and made it popular in the UK. The Germans had been celebrating birthdays for a few years already and had taken on some of the traditions of the Greeks, Egyptians and Pagans. The Victorians also borrowed birthday candles, gifts and gatherings and turned them into the celebrations we all know today.

At last, the cake! As well off Victorian households had maids, cooks and cleaners to prepare parties, and clean up after them, it slowly became more common for parents to host parties for their kids. Parties were used as a way of teaching children the etiquette and social skills required for high society. Boys were expected to lead formal dances, and all children were required to behave appropriately for the occasion. Not only were Victorian kids parties an opportunity to teach kids the ins and outs of social etiquette, they were also a good excuse for parents to show off their considerable wealth. No expense would be spared when it came to making impressive cakes, planning outings and giving gifts. Victorian parents are the ones who gave us the goody bag, paid kids entertainment and birthday ice cream. They were also the first to treat their kids to fun days out in celebration of their birthdays.

In the 20th century, it became less common for parents to have maids and cooks to help around the house. As most mums didn’t relish the idea of clearing up after a big group of children, the kids’ party fell out of fashion for a good few decades. After the Second World War, however, as people got back to normality and western economies began to boom, children’s birthdays once more began to be celebrated with parties. By the 1950s, the kids’ party was a veritable right of passage and pretty much all kids celebrated their birthday with a cake, candles, presents and a group of friends.

These days, kids expect a little more from their birthdays. Parties need to provide a high level of entertainment, music needs to be on trend and themes have to meet their demanding standards. As a result, it’s become a lot more common for parents to book professional party planners and turn their child’s birthday into a real event. From DJs and lights to social media and photographers, today’s kids want their birthdays to stand out from the crowd.

This site uses Akismet to reduce spam. Learn how your comment data is processed.